If you have a crumbling rubble foundation, you are probably wondering what your repair options are and what the cost might be.  For starters, this is not a DIY job.  Typical do it yourselfers don’t have the ability to lay the blocks required to make this repair. 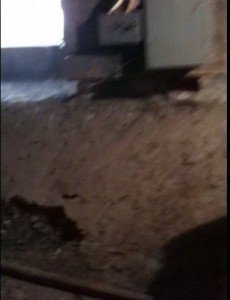 My experience with a rubble foundation repair.  I happened to be fortunate that the water infiltration into this basement was minimal. Because of that, I did not have wash out issued in the foundation.  These old rubble foundation walls eventually give way if water infiltration is an issue.  Over the years, the force of the water will break down the cement and the wall can start to crumble.  On top of that, most people will apply a band-aid fix that will essentially skin the wall with cement.  This will hold for a bit, but eventually the skin will start to flake off in large bits. 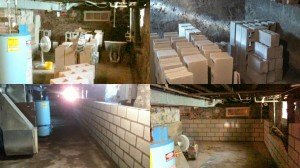 In our case, we had a foundation wall that was 14″ to 16″ thick.  There was only one area where I had concern about the amount of rubble that had crumbled from the wall.  When enough of the rubble foundation material crumbles away, it will compromise the integrity of the upper foundation (usually large stones or cement) and cause cracks, settling, or worse partial collapse.  We hired a competent contractor who has done hundreds of jobs similar to this.  The contractor is from the East Aurora, NY area where an old stone foundation is common.

The cost for a repair of this nature will depend on the linear feet you need to cover and the height of the new wall.  Assuming you catch the repair prior to any structure being compromised, you will not have a need to do any lifting of the existing structure.  This new interior wall essentially acts to “retain” the current footer.

Don’t let your rubble foundation get to the point where your house needs to be lifted and the foundation dug out and rebuilt.

Since we have a smaller basement area (there is some crawl space that isn’t affected), our cost was below $5,000. Some might not consider this a cheap fix, but it would certainly beat the $20,000 bill you will face should a major repair/reconstruction be required.  Get multiple estimates and be sure to go with a contractor who has done this repair before.