Replacement for the Kidde 1275

Home/Coupons and Sales, Tools and Reviews/Replacement for the Kidde 1275
Previous Next

Replacement for the Kidde 1275

As most readers of this blog know, the Kidde 1275 smoke detector is not a good unit. They were inexpensive and used by a ton of builders in new builds. Many folks have experienced middle of the night alarms that make it difficult to trust the units in the future. Since the alarms are hard wired, many folks would love a unit that can be swapped with the current ones with minimal effort.

Kidde has the same interface for a newer model and can swap out with the 1275’s. The unit is the i12040. If you don’t trust your old 1275’s, but don’t want to pay an electrician to rewire at every unit, the i12040’s might be worth a try. If Kidde has solved the defective unit issue with this model, then we can sleep tight.

In fact the cost for 10 replacement units would be less than the cost for an electrician to come out and rewire the connectors to a different model. This model also has a ‘hush’ feature that could come in handy.

If your 1275’s were installed by the builder, the reason for the false alarms could be due to dust during construction. Most builders will keep them covered with a cellophane cover during the construction phase, but that isn’t always the case. Swapping the 1275 out with a new i12040 could be a cheap fix for a big annoyance and middle of the night wake ups. 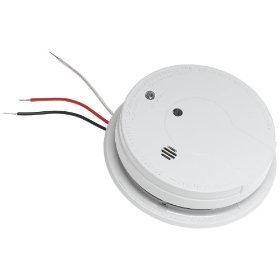 Current replacement units are shipped as i12040 which are a direct change-out replacement for the Kidde 1275. They fit the Quick-Connect power harness for a speedy installation.

Read more about the experience many have had.